Mirror, mirror, on the door...

Chevrolet provided two types of outside rear view (ORV) mirrors for Corvair 95 forward-control vehicles. (Click on the links below for pictures.)

Thanks to Larry Claypool for the above information, originally published in the April, 1989 "Stock Is..." column in the CORSA Communique.

FC owners' options weren't limited to Chevy-produced mirrors. One common aftermarket mirror was made by the Coronado Manufacturing company of Long Beach, CA. Their mirror was by default a "West coast" style (given the company's location) and it does look similar to the Chevy mirror of the same type. Below are images of a flyer the produced on the mirror for 1961. The flyer was printed as an 8" x 10" photo. 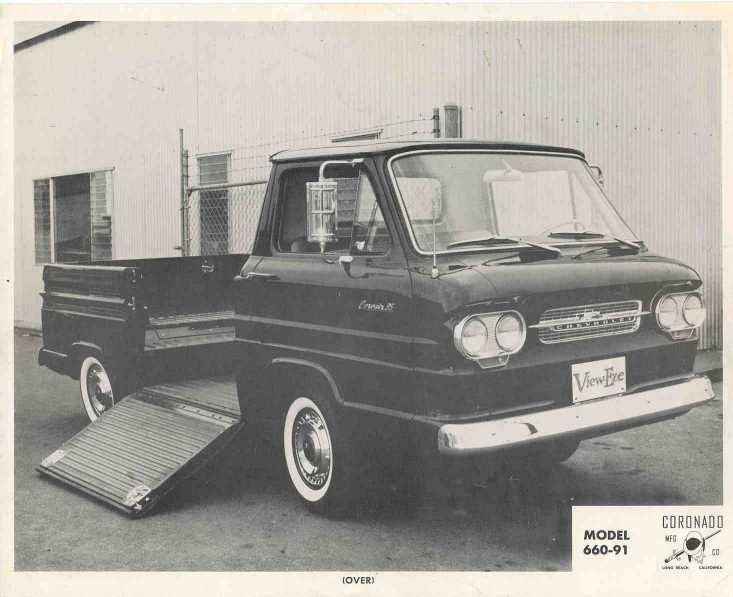 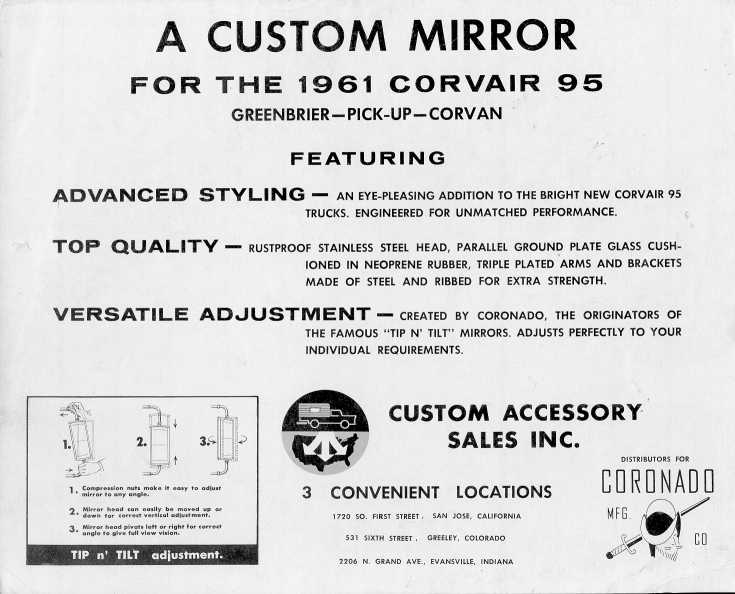