Dave Newell kindly provided me with copies of the following three photos from the Chevy archives. What two major feature differences do you notice about this prototype Rampside? 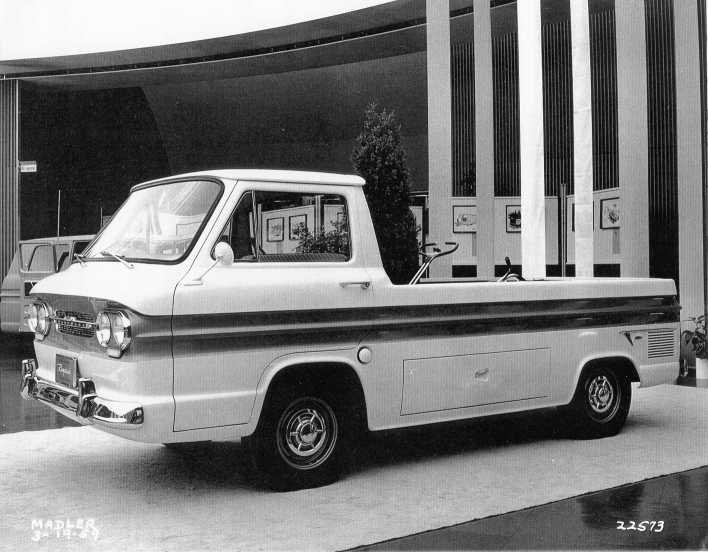 This left front 3/4 view clearly shows one of the proposed features: a tool box in the deepest part of the bed. This photo also shows the second feature but it's hard to notice—can you spot it? (See the next photo for a clearer shot.) This photo is numbered 22573, is dated 3/19/59, and has the name "Madler" on it. 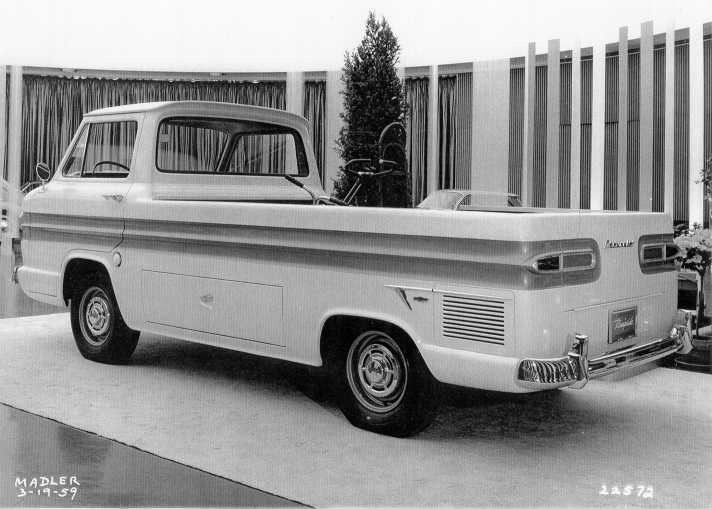 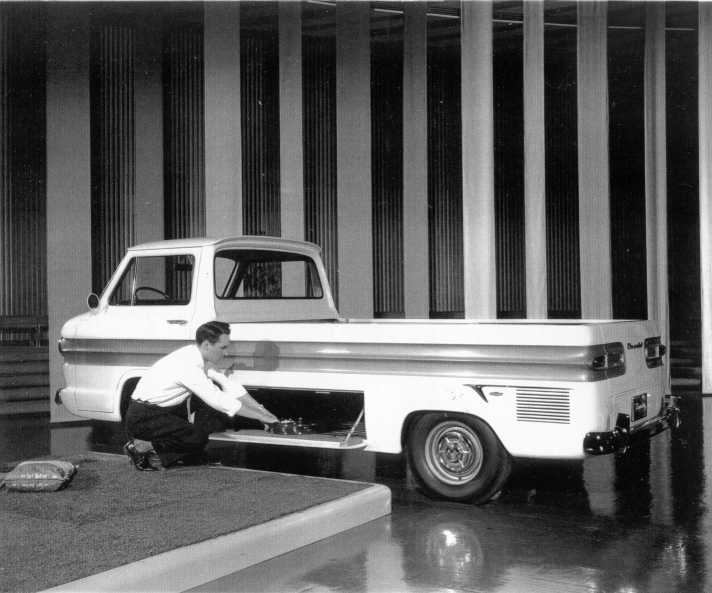 This left rear 3/4 view shows the prototype tool box door open and man stowing some gear. This photo is not numbered or dated but appears to have been taken in the same general location.

It seems odd for this prototype to be a Rampside and not a Loadside, since the toolbox would interfere with using the ramp. Perhaps this is a combination prototype showing both Loadside and Rampside features.

You may have seen these photos before. Rad Davis has a nice page describing both major and several minor differences between this prototype and the actual production Rampside truck. (Did you notice any of the minor differences when looking at the photos above?)