Here is what a packet mailed to prospective Fitch Sprint buyers in 1965 looks like. The packet includes:

This catalog describes the Fitch Sprint line of accessories and services for Corvairs available in 1965. Included as part of a packet mailed to prospective Fitch Sprint customers. This particular copy was sent to R. D. Peck of Palm Springs, CA. 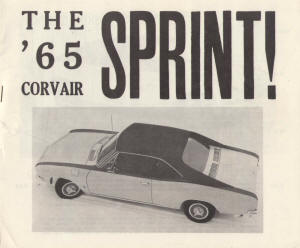 Dave Newell says there was a revised catalog in 1965 that has a tan cover and revised typography but the same photo.

This single page (front and back) is essentially a catalog insert page that was not actually inserted into the catalog. It describes various ways the ventop option could be configured. 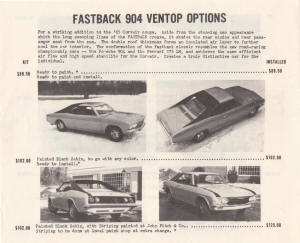 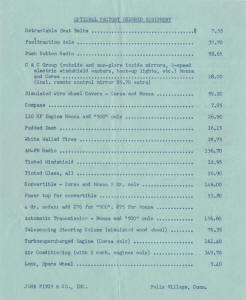 Here is what a packet mailed to prospective Fitch Sprint buyers in 1966 looks like. The packet includes:

This form serves as a cover letter for the packet of information sent to a prospective Fitch Sprint customer. This letter is addressed to Mr. H. T. Pool of Palm Springs, CA, and is dated January 3, 1966. It is a two-part form with carbon. 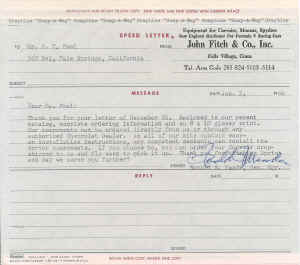 This catalog describes the Fitch Sprint line of accessories and services for Corvairs available in 1966. 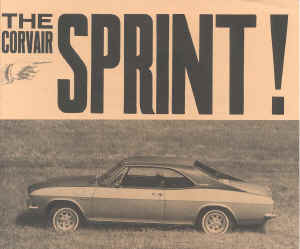 This flyer provides a complete reprint of the September, 1965 Car and Driver road test of the 1965 Fitch Sprint. It includes a one-column, abbreviated listing of accessories, prices, and contact info added by Fitch. 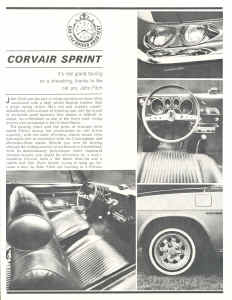 This photo shows a 1966 Fitch Sprint with a cityscape (Hartford, CT?) in the background. 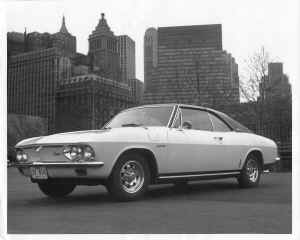 How to Order a Sprint 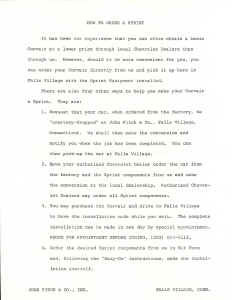 This envelope provides a postage-paid method for ordering merchandise. 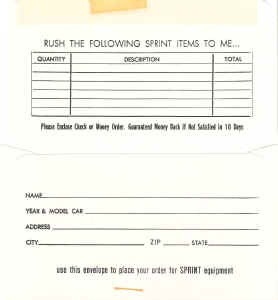 Many thanks to Dave Newell for sharing this information! Dave related, "It was unusual for Fitch to send a photo with their literature, so they may have been pandering to the Palm Springs address. The collector who wrote for the literature was Rick Lenz, who used four or more different names and addresses when he wrote to manufacturers requesting lit! In this case Rick used a former boss' name and address. Rick loved to use the Palm Springs address because it usually got better response and nicer brochures. Rick spent nearly all of his free time writing letters for literature."

This catalog describes the Fitch Sprint line of accessories and services for Corvairs available in 1967. This particular copy was sent to Sven Erikson in Sparreholm, Sweden! 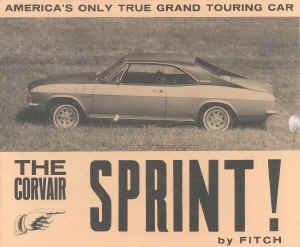 The subtle differences between the 1966 and 1967 catalog are interesting.

This catalog describes the Fitch Sprint line of accessories and services for Corvairs available in 1969. 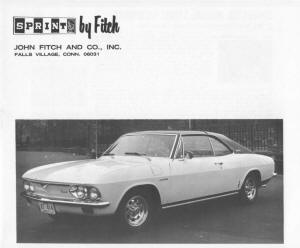 Dave Newell said that there is a second version of this catalog that has some areas blanked out, to remove items that were no longer offered.