An Ultravan for the New Millennium

I visited Graham Dell on 7/3/99 and got a good look at his Ultravan (#292) restoration project. My main interest was the fuel-injected 3-liter Corvair engine powering the rig, but seeing all of the work Graham is doing to every other system in the van was fun too! 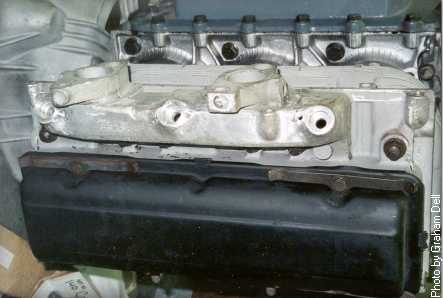 Here is a photo from several months ago, showing the heads modified for the injectors. Port injection all the way! 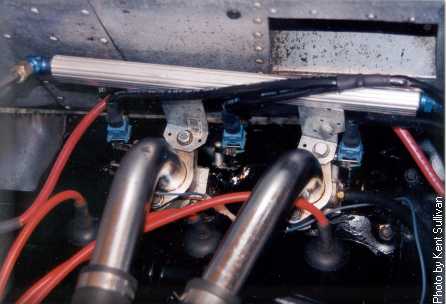 This photo shows a close-up of the custom fuel delivery rails that Graham had fabricated locally (Seattle area). 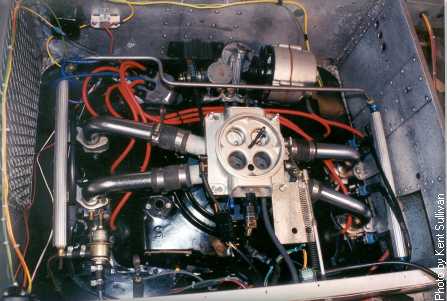 This picture is taken looking down at the engine. The top of the picture points to the rear of the Ultravan.

It's a snug fit but everything has its place. 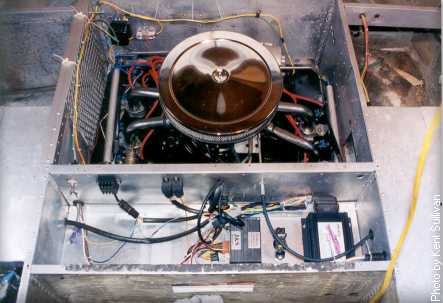 This photo is also of the engine compartment but is zoomed out a bit. From here you can see where the electronics live, out of harm's way. 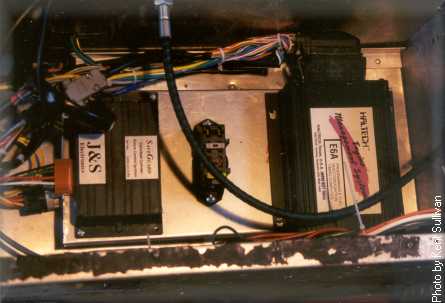 Here's a close-up of the "brains" of the system—the Haltech E6A computer and the SafeGuard knock eliminator. At this point, the SafeGuard has not yet been hooked into the system. Graham smartly wanted to debug only one major system at a time! 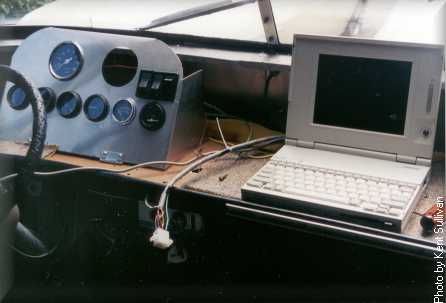 One of the nicest features of the Haltech system is the ability to watch and program the system in real time, as the vehicle operates.

Graham uses a compact laptop computer and a long serial cable to fiddle with fuel injection system's settings. (No, he doesn't do this while moving on the road—a friend does!) 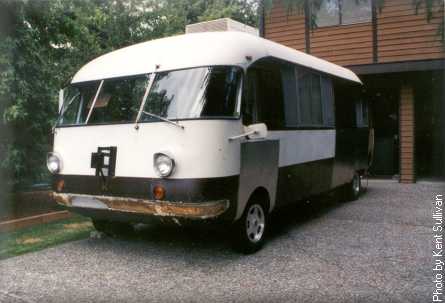 Here is a picture of the rig, ready to roll down the road for a test drive. After some initial problems setting the injector timing, the engine has performed very well.

Graham and his wife Nancy have, to date, driven the the rig as far as Salem, OR, for Wall's Corvair Underground 25th anniversary party. 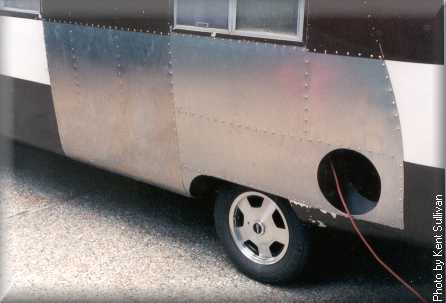 Here's a close-up of some major bodywork that Graham (assisted by loyal Ultravan owner and friend Dan Davis) did to the left rear.

Working on Ultravans is more like working on an aircraft skin than an automobile—the panels are all aluminum and are fastened in place with air-driven aircraft rivets. 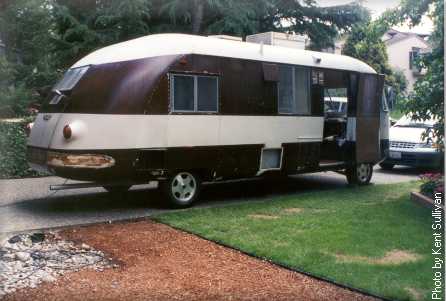 This view shows the right side of the rig. Note that both the front and rear bumpers are off the rig at this time, awaiting restoration.

They're made of Styrofoam, so not having them is not exactly a major safety hazard!